Andrew James is a Managing Partner at Siskin Capital. Andrew has extensive international experience in the technology space, having worked on a broad range of IP and M&A and technology transactions. He has extensive expertise in telecoms corporate advisory, capital raising and company listings.

Andrew’s previous roles include CEO at ICEBERG Capital Partners limited where he led a team of M&A and Intellectual Property transaction specialists, for four years. Prior to that, Andrew was an M&A Executive at Vodafone Group – where he worked for 10 years.

Andrew holds a bachelor’s engineering degree with honours and a master’s degree in business from Imperial College London, where he was sponsored by Ford Motors. He is also a qualified chartered accountant. He received the accolade of being accepted into the ‘World’s Leading 300 Intellectual Property Strategists’ at the IAM awards in San Francisco 2015.

Zarif Imam is a Managing Partner at Siskin Capital, where his primary role is business development. Zarif has responsibility for managing the relationships with key clients and works closely with them to structure and execute high value IP transactions. Zarif has developed activities in Asia with specific focus on the telecom sector. His telecoms background has enabled Zarif to structure some significant bespoke high value IP transactions. He also works closely with his clients on their M&A and capital raising activities.

Previously Zarif spent 4 years at ICEBERG Capital as Head of Business Development and 6 years at ZTE Corporation as Global Head of Financing with responsibility for raising capital for ZTE and its clients.

Between 1987 and 2006, Zarif worked for a number of investment banks in London (Rabobank, Commerzbank, Credit Lyonnais), specialising in the telecommunications, media and technology (TMT) sectors. During this time, he worked with many of the world’s leading TMT companies, advising them on capital raising and financial structuring.

Zarif is a regular speaker at conferences where he discusses topics relating to IP strategy, IP transactions and IP financing.

Zarif graduated in English & History from the University of Lancaster and holds a qualification as a Securities & Financial Derivatives Representative.

Patrik Edenholm is a Strategic Advisor at Siskin Capital.  Patrik has extensive patent transaction background having successfully sourced, negotiated, and closed over 200 patent transactions over the past 12 years.  Patrik worked with Intellectual Ventures (IV) from 2005 to 2016 as the Managing Partner of Siembra Law and Consulting Pllc, a boutique consulting firm specializing in targeted Intellectual Property transactions, becoming IV’s strongest acquisition partner in the world, in terms of number of transactions completed.

Prior to Siembra, Patrik founded and led Ansel Communications Inc. a computer networking company which was to become the fastest growing private company in Washington.  During his tenure at Ansel, Patrik negotiated large OEM contracts with world leading software operating companies.  Patrik has managed complex litigation at the intersection of Antitrust and Copyright law.

Patrik holds a JD/MA in Economics from UC Berkeley.  He also has an MPA from Princeton University.  In 2016 he was admitted to IAM 300.

Graham Bell is an Associate Technical Partner at Siskin Capital. Graham has extensive international experience advising clients in the development, application and exploitation of technology with a core focus in telecommunications and consumer electronics. Graham has been involved in the development products in cellular from GSM through 3G and WiMAX to LTE; navigation Galileo, GPS; short range like RFID, NFC; as well as proprietary systems for automotive, security, and healthcare sectors.

Graham has responsibility for the technical aspects of Siskin’s clients engaging at a technical level to deliver high value IP transactions.

Previously Graham was Head of Technology at ICEBERG Capital and prior to that he was Head of the Intellectual Property management and exploitation service at PA Consulting Group. He has advised clients on IP strategy, patent acquisitions and licensing, including issues around FRAND licensing commitments in standards based technologies. Graham has spent a significant amount of time working with clients in Japan, Taiwan and Silicon Valley.

Graham was responsible for PA’s set of IP analysis reports which covered 3G, LTE and WiFi. PA’s 3G and LTE reports have been cited extensively in litigations and arbitrations, as well as in complaints to the EU and US competition authorities. The WiFi report was most recently cited by Cisco in a case vs the patent troll Innovatio.

Graham has been a member of ETSI’s IPR Special Committee; he was invited to take part in a European Patent Office (EPO) Economic and Scientific Advisory Board (ESAB) and OECD workshop on the phenomenon of patent thickets; he has advised NATO’s Industry Advisory Group (NIAG) on issues around IPR in Software Defined Radios (SDR) and has supported a number of patent litigations, arbitrations and disputes in Europe, Asia and North America.

Graham is a regular speaker at conferences on topics of IP and has published widely on issues of Standards Essential Patents (SEPs), FRAND and the future of IP licensing.

Mats Vilander is an Associate M&A Partner at Siskin Capital. Mats has been in the global telecommunication industry for 24 years holding both CXO level roles and executive line management roles. He has led global origination teams in M&A and managed complex industrial buyouts.

In his prior role, Mats was Head of Sales and Business development at ZTE Corporation for Europe. Mats successfully built the global account organization throughout Europe with responsibility for the management of the global account sales teams.

Prior to his role at ZTE, Mats was responsible for Group Strategic Business Development at Ericsson. As a corporate director at Ericsson, he sat on various boards including the Ericsson Marketing Board.

Mats also has significant experience from top tier financial and strategic consulting firms such as Price Waterhouse and Andersen where he led various M&A and strategic initiatives, including 17 mobile license bids for a mix of GSM / 3G/ WIMAX / EVDO technologies.

More recently, Mats was CEO of the Swedish Venture Capital Association (EVCA), a group involved in renewable energy. Mats was the co- founder and CFO in a VC start-up, building the world’s smallest 3G Node B Radio Base Station for in-building connectivity funded by NEC and latterly disposed to a large US listed RF company.

Mats holds a number of different advisory roles in the ICT sector and in the venture capital industry.

Mats holds a M.Sc. in Economics from Stockholm School of Business and a MBA from UCLA (Andersen School of Management) in Finance. 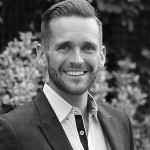 Simon Robinson is an Associate Partner at Siskin Capital. He has extensive IP transactional and monetization experience. Over the past 9 years he has completed over 150 IP transactions ranging from small single asset sales to multi-faceted, complex transactions with hundreds of assets and a transaction value of eight figures. His clients have included individual inventors, universities, privately held companies and Fortune 500 companies.

In addition to being an expert in structuring and negotiating patent transactions, Simon also acts as a strategic advisor for companies that need to develop an IP strategy or are looking to extract value from their existing IP.

Simon has spent the past 3 years generating IP for nascent companies and individual inventors also helping them to raise millions of dollars of capital. Simon is currently acting as CEO for IntuitiveIP, a life sciences IP firm focused on helping inventors and small companies develop their IP into real world products and functioning corporations.

Ryan has structured, negotiated, and closed well over 400 patent acquisition, sales, and license agreements worth hundreds of millions of dollars.  He has significant international patent transaction experience in Europe and Asia, and he has been awarded several company awards from C-level corporate executives, business leaders and colleagues for teamwork, collaboration, respect, and professional knowledge.

Ryan spent over 9 years at Intellectual Ventures LLC as a Senior Attorney for IP Transactions. Ryan has obtained Bar admissions in Washington and Oregon. He obtained a JD/MBA from Willamette University in 2003, and was awarded his BA from Brigham Young University in 1995. 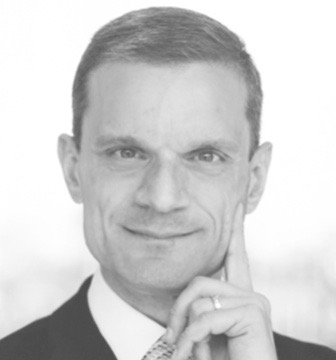 Alessandro Adriani is a Strategic Advisor at Siskin Capital. Alessandro has over 20 years of international experience, working across technology/telecom industry, such as Cisco, Deutsche Telecom, Singtel Group, Vodafone Group, as well as Arthur D Little management consultancy. He worked in corporations, start-up and turnaround environments, with a variety of shareholders ranging from Telecom carriers, to private equity to family businesses. Alessandro started his career in M&A, and has been an active player in evaluating, buying and selling assets.

Alessandro has lived in 8 Countries in 3 Continents and has run projects in more than 70 Countries across EMEA, APAC and the Americas. His interests lie in creating, developing and fostering commercial partnerships in the continuously evolving technology, telecom and digital space.  Alessandro is an alumnus of the Harvard Business School.